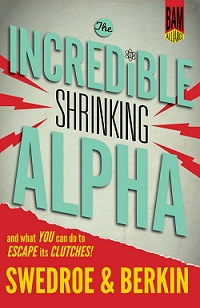 The title of Larry Swedroe’s latest book, The Incredible Shrinking Alpha, raises a question: what happened to the idea that skilled managers can consistently beat the market? In a recent interview with Swedroe, we discussed the idea that this ability hasn’t really disappeared: it’s just that “alpha has become beta.”

What exactly does that mean? In investing jargon, alpha is the name given to the excess return a fund manager achieves through skill. Beta, on the other hand, refers to the returns available to anyone who is willing to accept a known risk. When Swedroe says “alpha has become beta,” he simply means that anyone who understands how to structure a portfolio can increase their expected returns by simply changing their exposure to specific types of risk, known as “factors.”

A factor is a characteristic of a stock that affects its expected return and risk. Factor investing (sometimes marketed as “smart beta”) means identifying which of these characteristics might predict higher returns in the future—even if it also brings more risk—and then building a diversified portfolio that captures those returns in a systematic way, without resorting to picking individual stocks.

And then there were three

As I’ve written about before, the so-called Fama-French Three Factor Model was a revolution in investing. In a landmark 1993 paper, Eugene Fama and Kenneth French argued that the vast majority of a stock portfolio’s returns could be explained not by the manager’s genius, but by its exposure to beta (market risk), small-cap stocks (which are expected to outperform large caps over time) and value stocks (companies with low prices relative to fundamentals such as book value, dividends and earnings, which tend to outperform growth stocks).

But it didn’t end there. Later in the 1990s, a fourth factor was identified: momentum, or the tendency for stocks that have recently performed well (or poorly) to continue in the same direction. In the last few years, researchers have identified several more. First was the profitability factor: companies with a high ratio of gross profits to assets tend to outperform, even though these are generally growth stocks, not value stocks. That was followed by the investment factor, which is based on the counterintuitive idea that capital expenditures on new acquisitions and ventures usually fail, and therefore lead to lower stock returns in the future.

If you this all sounds overly complicated, you’re not alone in that opinion. One finance professor famously described the “zoo of new factors” now in the academic literature. “Something like 300 factors have been identified,” Swedroe says. “Because there is a big premium on being published, you want to be the professor who finds a factor: then you can go and get a job on Wall Street.” One commentator reported that “some quant shops now use an 81-factor model to build equity portfolios.”

The good news, says Swedroe, is that no one needs anything close to an 81-factor portfolio. “The thing to understand is that some of these factors are really just manifestations of some other factor,” Swedroe says. In a new paper, Fama and French acknowledge that once you consider beta, size, value, profitability and investment, none of the other factors have any meaningful explanatory power. (This idea is discussed in the final appendix to The Incredible Shrinking Alpha.)

In our interview, Swedroe used an analogy to explain why simple portfolios get you most of the way there.

“Say you’re taking a drive across Canada, and it’s 3,000 miles. And let’s say that during each leg of your journey you drive halfway. So the first leg you drive 1,500 miles, and the next leg you drive 750 miles, and so on.” You make progress every day, but each successive leg of the journey has less of an impact. “It’s the same thing with a portfolio: if you add bonds to a stock portfolio, that’s a big move. Then you add international stocks, and that’s a pretty big move too, though not as big as adding bonds. Then you start adding small-cap and value. Once you’re at that eighth or ninth asset class, yes, you will pick up something, but you’re already most of the way there. So we want to focus on the factors that really matter the most: the ones with the big premiums, as well as the ones that help diversify. And I think the literature is pretty clear now that we’ve got these five.”

Swedroe also points out that more factors may mean fewer stocks. “If you keep adding screens, what happens is you get a less and less diversified portfolio. You could start out with a small-cap portfolio that is 2,500 stocks, and then you make it small-value and you’re down to 1,500. Add another screen and you’re down to 700. At some point you don’t have enough of a diversified portfolio. So you have to make decisions about how to do this.”

One decision might just be to stick to a plain-vanilla Couch Potato strategy. In fact, if you’re a DIY investor you probably should. Factor investing may be able to increase your returns slightly over the long term, but only if you have the expertise to manage a more complicated portfolio. Consider it the icing, not the cake itself.