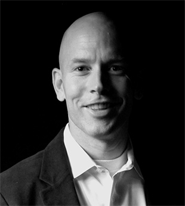 A couple of posts ago, I asked why everyone isn’t beating the market when there are a dozen or more strategies that promise long-term outperformance. I argued that the problem wasn’t so much that the strategies themselves were flawed: the more important issue is that investors tend to quickly lose patience when their strategy isn’t working. What often happens is they move to another strategy that worked well recently, and soon they fall into a pattern of doing what Larry Swedroe calls “driving forward but looking in the rear-view mirror.”

I recently had an opportunity to sit down with Carl Richards, author of The Behavior Gap, when he was in Toronto for a presentation. Carl shared a couple of illuminating stories that make this point far more effectively than I did:

“I had been in the business maybe five years, working a brokerage that will remain unnamed but has a bull as its symbol. Part of what we did there was manager search and selection, and I remember this one occasion when we hired the Davis New York Venture Fund, which had a long history, was ethical, honest, all of that stuff. About a year-and-a-half later, Davis wasn’t meeting our criteria based on performance, so we fired them and hired a replacement. Then another year-and-a-half later we fired that replacement, and guess who showed up in our search this time? Davis. I still remember calling the client and saying, ‘We’re going to replace XYZ with Davis.’ And he said, ‘Didn’t we just fire them?’ So we bought Davis high and sold them low. Then we bought a replacement high, sold them low, and bought Davis again.

The smart money does it, too

Later in our interview, Carl shared another story with a delicious irony. The manager of that same Davis New York Venture Fund was later asked to sit on the investment policy committee of a huge endowment fund: