What Moneyball Can Teach You About Investing 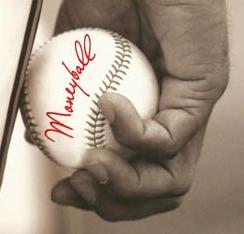 I can’t seem to get my kids interested in index investing, but they do share my love of baseball

. So last week I took my daughter to see Moneyball, based on Michael Lewis’s book

of the same name. She was mostly interested in Brad Pitt, but that didn’t stop me from lecturing her about the lessons the film holds for investors. Bear with me while I explain.

If you’re not familiar with Moneyball, it’s the story of the Oakland Athletics and their maverick general manager, Billy Beane. In the early 2000s, the Athletics had a budget of just $40 million, compared with $126 million for the New York Yankees. The A’s would draft good players and turn them into successful major leaguers, but as soon those players became free agents they would leave for big-market teams. When the film begins, Oakland has just been knocked out of 2001 playoffs and lost three of its top players to clubs with deeper pockets.

Before the 2002 season, Beane decides to shake things up. He realizes he can’t beat the Yankees and other big-budget teams at their own game. So he uses a system of statistical analysis (known as sabermetics) to identify undervalued players. Instead of filling his team with expensive, high-profile stars—who may not be as valuable as they seem—he fills the roster with cheap, little-known players who have underappreciated skills. The A’s go on to win a remarkable 103 games, including a record 20 in a row.

What you know that isn’t so

Sabermetrics revolutionized baseball by debunking a lot of conventional wisdom. It revealed that many traditional statistics (batting average, runs batted in, fielding percentage, a pitcher’s win-loss record) actually tell you little about a player’s value. It found that that time-honoured strategies like the sacrifice bunt and the stolen base, despite their intuitive appeal, turn out to have a low probability of success. Even the idea of the clutch hitter—a player who consistently comes up with big hits in key situations—was revealed as a myth.

Not that everyone agrees with this assessment, of course. There’s a wonderful scene in the film where a veteran scout angrily tells Beane that he’s relying too much on stats and not enough on intangibles. “You’ve got a guy in there with an economics degree from Yale, and a guy out here with 29 years of baseball experience,” the scout fumes. “And you’re listening to the wrong one.”

What does this have to do with investing?

Moneyball reminded me that investing, like baseball, is dominated by old-school thinking that doesn’t hold up to rigorous scrutiny. Traditional statistics that tell you nothing useful? I’d put pretty much all technical analysis in that category. Strategies that sound compelling but rarely succeed? That’s the definition of active management. The financial equivalent of baseball’s mythical clutch hitter is the mutual fund manager with the hot hand.

Then there are the money managers who overvalue their knowledge and experience, like the old scout who criticized Billy Beane. Stock pickers continue to believe they can consistently identify market-beating stocks with methods Benjamin Graham pioneered in the 1930s. The irony is that Graham himself recognized this is futile in an efficient market. “I am no longer an advocate of elaborate techniques of security analysis in order to find superior value opportunities,” he said in a 1976 interview. “This was a rewarding activity, say, 40 years ago, when our textbook Graham and Dodd

was first published; but the situation has changed a great deal since then.”

There’s one more parallel here. Statistics can tell you a lot about both baseball and financial markets, but in both cases the outcomes are never certain. Sometimes an ill-conceived, highly risky play will succeed and make you look like a genius—whether that’s stealing home or making a big bet on a single stock. Other times you’ll  do the right thing and suffer short-term failure. But overall, in sports and investing, long-term success comes from putting the odds in your favour. As Michael Lewis writes, that is “the art of winning an unfair game.”