Golden Advice That Suits Any Investor 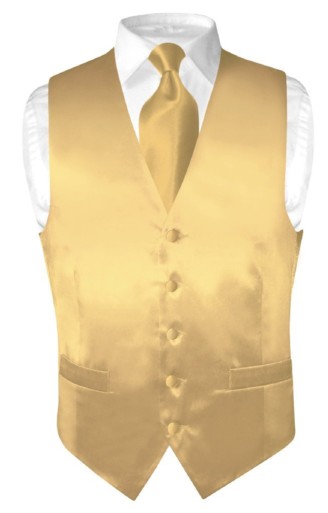 I receive a lot of press releases, but few are as useful as the one that hit my inbox on Friday. It arrived after the markets closed, so I wasn’t able to act on it, but I’m sharing it with you today in the hope that you’ll benefit, too. According to a Toronto investment firm, gold may be overvalued based on the gold-to-decent-suit ratio.

However, with the shiny metal now at well over $1,800 an ounce, the gold-to-decent-suit ratio—let’s call it the GDSR—is way off. Today, says the investment firm, “a Burberry London men’s black wool two-button suit” costs a mere $1,150 at Holt Renfrew. “Although no one knows for sure, we believe that the price of a decent men’s suit and gold will converge to the same level.” Personally, I’m just grateful I didn’t invest in Eaton’s.

In turbulent times like these, it’s good to know that active managers are handling your money using robust ideas. Now that buy-and-hold is dead, “stay the course” is for chumps, and asset allocation has been exposed as a lie, investors need strategies like the GDSR when deciding where to put their hard-earned cash.

The notion that an ounce of gold is correlated with the price of dapper duds is one of the most revered in the academic literature. Even as far back as Roman times, an ounce of gold was enough to get you an Armani toga—although you could have saved XXV% to L% if you’d looked for after-Saturnalia sales. In Shakespeare’s day, a fine doublet and matching breeches would also have set you back one shiny gold piece. (However, interest rates were unusually high: borrowing  3,000 ducats cost you a pound of flesh.)

We know all of this from the centuries of data collected by the Centre for Research in Sartorial Prices, which tracks several well-known financial benchmarks, such as the “stocks-to-nice-hat ratio,” and the “real-estate-to-fancy-shoes ratio.” The CRSP’s research also tracks the price of large caps, small caps, and baseball caps.

Admittedly, sometimes the GDSR is just a wee bit off. From 1981 through 2004, the inflation-adjusted price of gold declined more than 67% in Canadian dollars. This information was omitted from the press release for space reasons. According to CRSP data, a decent suit actually did cost more in 2004 than it did in 1981. However, the ratio would have held up if you went smart casual for 24 years.

The other side of the gold coin

Friday’s Financial Post article on the GDSR included some healthy skepticism. That came in the form of a comment from a prominent gold bug who says the ratio is no longer relevant, because “suits are being made in Third World countries and distorting the price. Had that not happened, better tailors in London, U.K., would be charging two or three grand.” That means gold is actually undervalued.

The gold bug (who coincidentally manages precious metals funds with MERs over 3%) is about to publish a book called  Gold $10,000: Will it happen sooner than you think? He has said recently that the yellow nuggets could hit that price within five years. To get from $1,800 to $10,000 over that period would require a 41% annualized return, but because hyperinflation is a certainty and the world is on the verge of economic Armageddon, this is entirely reasonable.

With so much good advice out there, it’s hard to know just what to do. But one thing is certain: this is no time for a long-term investment plan.

How are you implementing your own panic strategy? What long-held principles are you abandoning because the TSX is up just 2.4% over the last 12 months? Have you identified a key asset ratio in a department store flyer? Or have you just loaded the minivan with bullets and butter and headed for the hills?

Please share your ideas below: I’ll choose the best one and send the winner a copy of the classic 1999 book Dow 36,000. This popular volume argued that stock prices would quadruple in three to five years because the old ideas don’t work anymore. It should prove to be a beacon of wisdom in these challenging times.