Why More Choice Can Be Bad For Investors 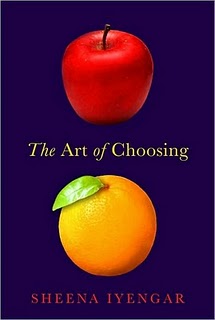 We’re accustomed to thinking of choice as a good thing. But behavioural economists now understand that too many options can lead people to make poor decisions—or sometimes no decision at all. In her outstanding book The Art of Choosing

(Twelve, 2011), Toronto-born Sheena Iyengar shares a story about how this affects investors.

In 2000, Iyengar, a professor at Columbia Business School, published a now-famous study in which undercover researchers set up tasting booths in a grocery store. Sometimes the booths displayed six flavours of jam, while other times they displayed 24 flavours. Shoppers were 50% more likely to be drawn to the large display. However, those who visited the booth with only six flavours were 10 times more likely to buy a jar of jam.

The following year, Iyengar got a call from a researcher at Vanguard. He wanted to know why the percentage of people enrolling in employer-sponsored retirement plans was steadily declining, even as the number of fund options was on the rise. He’d read the jam study and wondered whether something similar was at work.

Iyengar and her colleagues examined Vanguard’s data and found that the highest rate of participation (75%) was among employees who had just four funds to choose from. Only 70% joined their retirement plan if they were offered a choice of 12 funds. And those who had the “privilege” of choosing from a menu of 59 funds had the lowest participation rate of all: just 60%. Iynegar suggests that employees with more choices were so overwhelmed that they put off their decision, perhaps planning to do the research later. But then they never got around to it.

The problem wasn’t just inaction: many employees who did participate in their retirement plans made less than optimal decisions. Even though most of the available choices were equity funds, people with the most options were the least likely to put their money in stocks. Instead, they chose from the smaller list of bond funds, or selected the money market option. “It seems that learning about all the funds was too complicated,” Iyengar writes, “so people tried to reduce the options by pushing the largest category—stocks—to one side.”

I think of these findings as I watch the number of ETFs in the marketplace continue to grow—there are now over 200 listed on the TSX alone, and hundreds more are available from US providers. Some of the new products have been good for index investors. But for the most part, they’re likely to confuse people who are just beginning to take control of their own finances. Faced with a dizzying number of ETF choices, they may be inclined to just stick with the overpriced, underperforming mutual funds their advisor sold them.

Don’t let this happen to you. If you’re a new investor, or if you’re considering switching to an index strategy, never forget that selecting specific ETFs or index funds is not nearly as important as choosing a suitable asset allocation and taking action now. If you don’t know where to start, see my Model Portfolios page and select the Global Couch Potato or, if your portfolio is large, the Complete Couch Potato. Get moving now, before you get distracted. It’s the most important investment choice you’ll ever make.