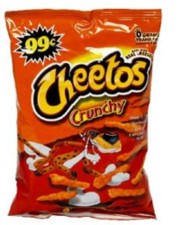 A couple of weeks ago, Balance Junkie wrote a post called Why This Is No Market for Couch Potatoes. The main argument of the post—one that has been made many times before—is that passive investing is fine during bull markets, but it likely won’t work going forward because “we are in a secular bear market that began in 2000.”

This argument picks up on a previous post, where Balance Junkie referred to passive investors as ostriches who ignore macroeconomic conditions when they invest: “Sticking your fingers in your ears and singing while the markets tank is not a good investing strategy.”

This is a gross mischaracterization of passive investing, but I have to accept part of the blame. Balance Junkie referred to a recent column in MoneySense where I described the strategy as “the investing equivalent of flopping in front of the TV with a bag of Cheetos.” I realize now that there’s a problem with the terminology used by passive investors. Couch Potato, Sleepy, Lazy, Easy Chair, Gone Fishin’, Coffeehouse, Rip Van Winkle—if you miss the irony, it’s easy to infer that indexers have decided investing is just too much work, so they prefer not to think about it. They’d rather spend their time snoozing and just hope it all works out for the best.

So allow me to wipe the orange cheese powder from my lips, get up from the couch and explain why that’s never been true.

The lesson of history

One of the problems with passive investing, Balance Junkie says, is that a “reliance on broad-based historical data ignores the fact that markets experience both cyclical and secular trends over the long term.” Passive investors expect “annual returns of 6% to 8% like clockwork” and therefore the Global Couch Potato’s recent 10-year performance was “somewhat lower than advertised.” She also argues that the best data on past returns only go back to 1926, and “using an 85-year context for a 25-year investment time frame probably won’t be very effective.”

If any index investors are “advertising” absolute returns in the range of 6% to 8%, or expecting any returns “like clockwork,” I would be the first to call them out. Investing isn’t physics. You can say with certainty that the sun will always rise in east, and that a stock broker tossed from a window will always accelerate at 9.8 metres per second squared. But no one can claim that stocks will return 9% and bonds will get 5% over the next 25 years just because those are the historical averages.

But here’s the problem. Anyone with a financial plan has to make assumptions, and that includes expected rates of return. When you come up with these figures, you have two choices: you can look at the historical data, as imperfect as they may be, and use them to make reasonable estimates about asset returns. (If you’re sensible, your estimates will be less than the historical averages to build in a margin safety: most financial planners I know assume stocks will return about 7.5% or so.) Or you can dismiss all of the data as irrelevant, declare that everything is different now, and base your assumptions on economic forecasts. Which approach has the greatest likelihood of success?

The point is that passive investors do not ignore that markets experience cyclical and secular trends. They simply recognize that those trends can only be identified with hindsight, and therefore have no value when estimating expected asset returns.

What if we’re wrong?

Balance Junkie says that “passive investors are betting (yes, betting) that markets will be higher in the future.” I suppose we are. But over the last century, anyone with a horizon of 25 years would have won that bet 100% of the time. That century included global war, double-digit inflation, deflation, booming prosperity, recession and depression, currency devaluation, sovereign defaults, high interest rates, low interest rates, asset bubbles, terrorist attacks and disco. Yet over every rolling 25-year period the returns on a balanced portfolio would have held up well. That’s not a guarantee, but I like the odds.

Yes, but “passive investors are forgetting to ask themselves the question that is key to evaluating any decision: What if I’m wrong?” Are we really forgetting to consider this? If we assumed that past returns were guaranteed to continue in the future, we would put all of our money in small-cap value stocks, which have returned almost 14% since 1926. And no long-term investor would ever put a dime in fixed-income, because stocks have almost always outperformed bonds over long periods. The fact is, every prudent investor recognizes that even reasonable assumptions may not hold up—and so we diversify.

My own portfolio includes over 10,000 stocks, in more than 40 countries, in several currencies, as well as a significant allocation to real estate, nominal bonds and real-return bonds. The whole idea behind this kind of wide diversification is that any prediction I might make about the economy or the financial markets is almost guaranteed to be wrong.

Forecasts have no value

Balance Junkie suggests that passive investors should spend more time “learning about the stock market and the macroeconomic environment in which we live.” She argues that “it makes sense to adjust your asset allocation according to market and economic conditions.” Let’s set aside the fact that many advocates of passive investing are institutional investors, finance professors and economists. I’ll just respond with the same question she asked about expected returns: What if you’re wrong?

Everyone has an anecdote about the guru who predicted a market crash, or a bubble, or who made a good macro call. But the idea that investors can improve their long-term returns by adjusting their portfolios according to “changes in market structure, macroeconomic fundamentals, and technical cues” flies in the face of the evidence. Most forecasts about markets and the economy are wrong, period.

Rather than try to build this argument myself, I’ll turn things over to Larry Swedroe, who has made it eloquently many times on his blog—backed up with empirical data, as always:

Passive investing is not for people who are too lazy or dim-witted to understand how markets work, and Couch Potatoes are not Pollyannas who naively throw their money at past performance and expect absolute returns. They are investors who understand that in a world where we cannot predict the future, the most reasonable strategy is to determine the amount of risk you’re willing and able to take, diversify widely, keep costs low and tune out the noise. It’s not a perfect solution, but it has a far better track record than the fortune tellers.